I have to apologize (again) for not posting the past few weeks – family priorities took precedence.

Spring progressed at a rapid clip since my last post three weeks ago, driven by above-average temperatures and southerly winds carrying northbound migrants. While the recent cold snap is slowing the progression, it will cause just a brief setback. In fact, a glance back through nature records from the past 30 years indicates that plant growth and animal activities are just a little behind schedule so far this spring. Early blooming trees and wildflowers are blooming about a week later than average. Steadily warming temperatures through the coming week will bring them out of their current state of suspended animation. Spring migrant songbirds are reaching the Buffalo-Niagara Region generally about a week later than normal. The forecast for the coming week indicates that the dominant wind direction will be out of the north; therefore, we likely will not see a major influx of northbound migrant birds in our region this week. 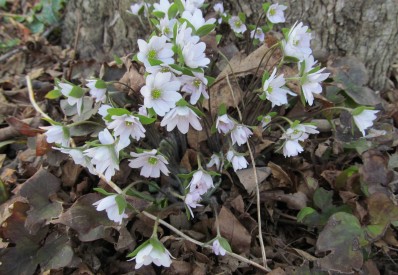 Find an opportunity to get outside this week to discover new signs of spring.