Unfortunately, I was unable to post last week as I needed to revise the nature site table and had little additional time. My apologies. 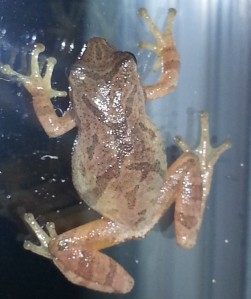 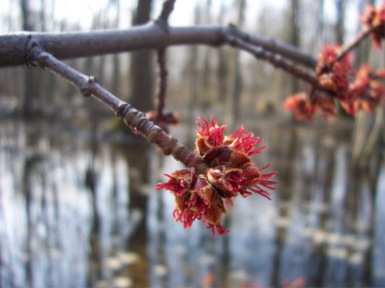 The brief period of warm and wet weather forecast for April 2-3 will be enough to trigger an evident response by plants and animals in the Buffalo-Niagara Region. Flower buds on many red and silver maple trees are already opening and the conditions will push those species toward peak flowering. Pussy willow buds will burst across much of the region, too. Skunk cabbage plants in unfrozen wetlands will start flowering.

If the weather forecast holds true, substantial rain overnight Thursday will be well timed to prompt nocturnal movements of frogs and mole salamanders (i.e., spotted, blue-spotted, and Jefferson salamanders) toward vernal pools and other pond/wetland breeding sites, except in areas still solidly covered with snow and/or frozen. Listen for breeding calls of spring peepers, western chorus frogs, and wood frogs both day and night, and watch for them crossing roads.

The warm temperatures and rainfall will accelerate the melting of ice that is still covering inland ponds and wetlands, providing more accessible stop-over habitat for migrant ducks, geese, and tundra swans passing through the region. Strong southerly winds associated with the warm-up will carry more northbound migrant birds into and through our region. Thursday will likely be an excellent day to watch migrant turkey vultures and hawks, especially in areas close to the shorelines of Lakes Erie and Ontario.

Get outdoors on Thursday or Friday if you can because the region is forecast to return to below average temperatures after that, which will put many of our plants and animals back into a period of suspended animation.

Find an opportunity to get outside this week to discover new signs of spring.