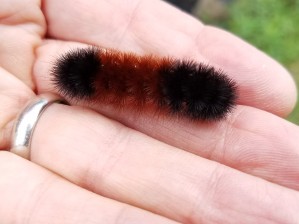 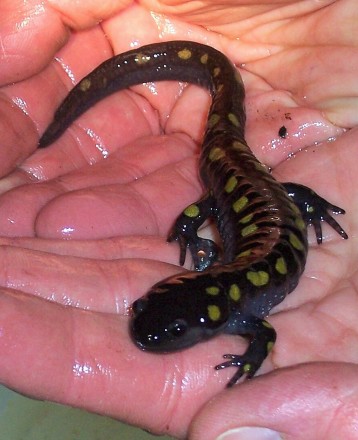 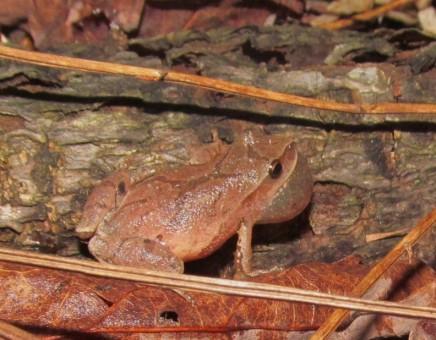 With temperatures mostly at or above normal in the Buffalo-Niagara Region, the spring-time advancement by plants and animals that started in Week 11 has continued into Week 13. Red and silver maples, as well as pussy willows and skunk cabbage, are flowering. Early breeding species of frogs and salamanders have started migrating to and breeding in vernal pools and other ponds/wetlands, especially following Saturday’s heavy rainfall. Early migrant bird species are continuing to trickle into the Region, and early breeding species are continuing to sing, display, and initiate nesting. However, from Sunday through early Tuesday this week, the Region is forecast to return to temperatures that are well below normal. That will put most of the plants and some of the animals into a brief period of suspended animation. Regardless, an abundance and diversity of life can still be found by anyone eager to get outdoors. 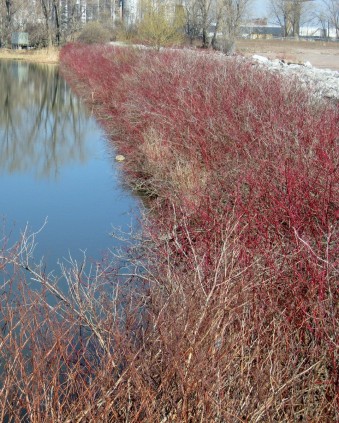 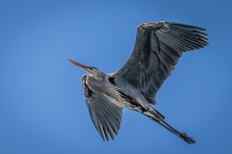 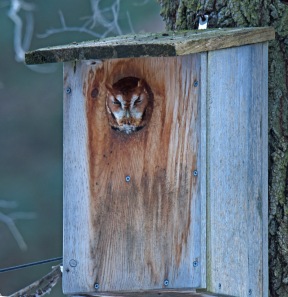 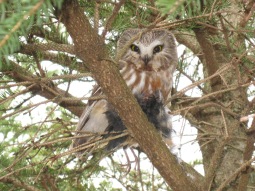 The relatively warm weather that the Buffalo-Niagara Region experienced last week triggered some plant and considerable animal activity that has extended into this first week of spring. Tree sap began to flow, as evidenced by maple syrup production at sugaring operations in our Region. Pussy willow and red and silver maple flower buds are swollen, ready to burst into flower over the next week or two. Skunk cabbage plants have started to flower in forested wetlands.

Early-spawning species of fish such as northern pike have started to move toward and concentrate in prospective spawning sites. Burbot, a large elongated fish in the cod family, has already spawned. Moderate temperatures combined with light rainfall and snow melt prompted initial nocturnal movements of frogs and mole salamanders (i.e., spotted, blue-spotted, and Jefferson salamanders) toward vernal pools and other pond/wetland breeding sites. Significant numbers of frogs and salamanders will enter those pools once the Region receives moderate or heavy rainfall.

Large flocks of Canada geese and tundra swans have been migrating through and congregating in the Region, and pairs of geese are returning to previously used nesting sites. Puddle ducks such as the northern pintail, wood duck, and American wigeon have also arrived in open water areas in large numbers.

Spring flights of hawks, bald eagles, and turkey vultures have been observed along the Lake Erie and Lake Ontario shorelines over the past week. Great horned owls have been on-nest for a few weeks or more. Other raptors, including bald eagles, peregrine falcons, and red-tailed hawks have recently laid eggs or started preparing nests.

A few early migrant shorebirds and songbirds (e.g., killdeer, American robin, red-winged blackbird, common grackle) have arrived in the region. Songbirds have initiated their pre-nuptial molt (most evident in male American goldfinches visiting feeders), and several year-round resident species have been singing and establishing territories since early to mid-February.

A few eastern chipmunks have emerged from their winter dens to feed and breed. Most large mammals bred during the fall or winter, so we can expect to see fawns, pups, and kits over the next few to several weeks.

Below are highlights of what you can expect to find outdoors in the Buffalo-Niagara Region this week. Those in bold/italics are new or substantially revised highlights to watch for this week. Check out the list of 300 publicly accessible sites at https://bnnatureblog.com/nature-sites/site-lists/alphabetical-list/ to find areas to explore in your neighborhood and throughout the Buffalo-Niagara Region.